The hospital rang me to say my brother was in danger of dying, so I came down a couple of hours later to find him sleeping in his bed, with his eyes slightly open.  I began to speak to him but he did not respond.  The nurse came in, and I said that my brother had cheated death so many times before, maybe he would escape again this time.

The nurse said, No, did I not notice that he intermittently stopped breathing for a while, and then resumed again, and that this was a sign on impending death.

The nurse left and I got out my chess set and a book called, “Relax with Chess and win in 20 moves”, one of the first books that I had borrowed from Esher Library in Surrey over 60 years ago.

I began to play over a game from a simultaneous display by Grandmaster Canal, which was in the book, explaining the moves to my brother, even though he probably couldn’t hear me.

At one point in the game this position was reached:- 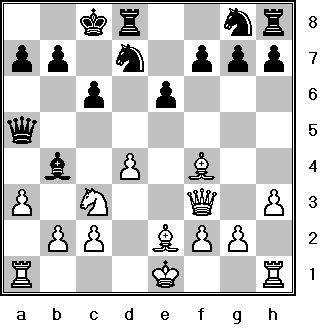 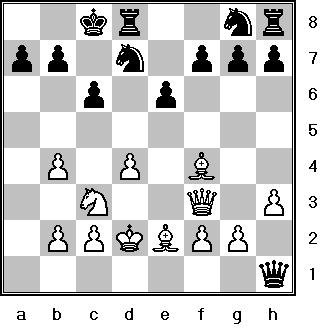 But there was a fascinating aside in the book (and there are many in this remarkable work), which claimed that, instead of taking the second rook “Microscopically preferable was 12 … Ne5! 13 Bxe5 and only now 13 … Qxh1 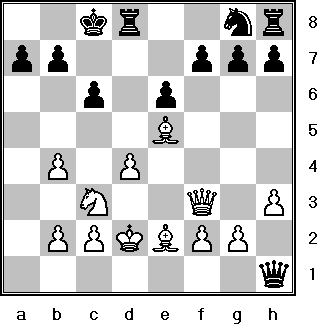 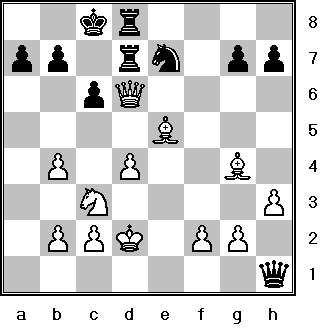 Now, because of the pin from the bishop at g4, black will be mated on b8 or c7.

At this point I looked up from the board and saw that my brother had stopped breathing.

ROBERT MOORE (1948-2022) died at St Peter’s Hospital in Chertsey, Surrey at about 4 o’clock in the afternoon of 3rd June, 2022.  His 74th birthday would have been on 1st July 2022, and it would be nice if readers of this article could raise a glass to him on that day, in celebration of his life.

Article photo: A picture of Robert with eldest sister Janny on the left, myself on the right.  The picture was taken by the fourth member of the family, Rosemary.

6 thoughts on “Chess Scenes At a Death Bed”